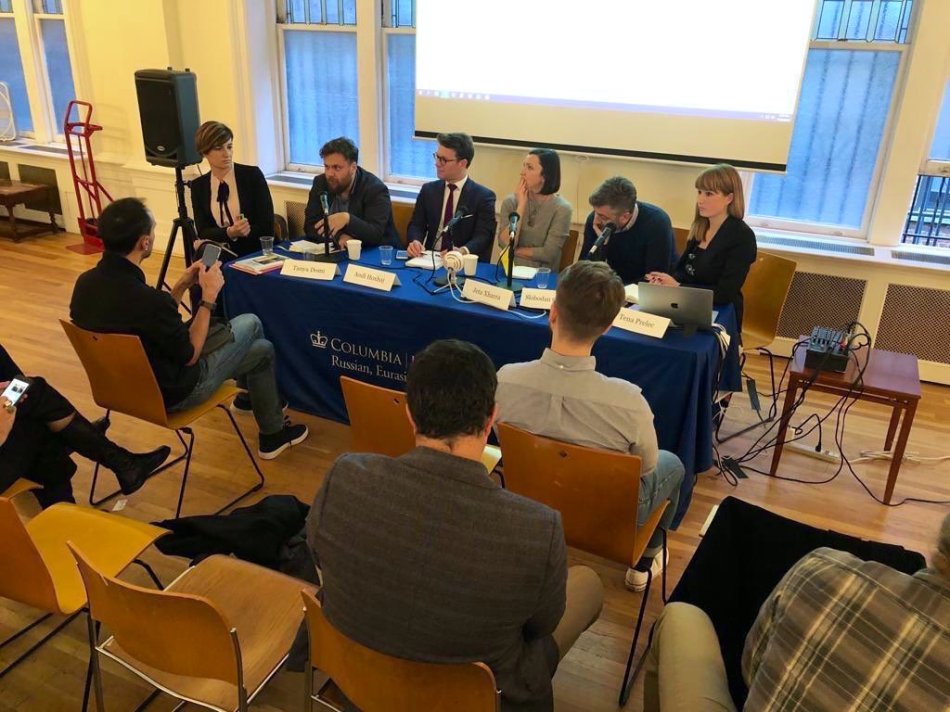 NEW YORK – The main problem in the Balkans is not the East-West struggle, but the links between organized crime and state structures, the non-free media and the captured state, concluded the participants of the Western Balkans Conference held at the Harriman Institute at Columbia University on November 7&8, Voice of America reported.

Lecturers from Columbia University stressed that change from inside will not be easy and possible.

„There is a symbiosis between organized crime and state actors, which, while it enables people to get a job, also creates obstacles to further democratization of society. People care more about their jobs, their source of income, than they are interested in the impact of organized crime“, said Tanja Domi, a lecturer at the Harriman Institute.

Liz David Beret, Director of the Centre for Corruption at the University of Sussex, said that the entry of organized crime into governing structures varies from country to country in the region and depends on the degree of democracy.

She added that authoritarian leaders are on the rise and oversight institutions, the judiciary and the police have been captured, making any fight against corruption more difficult.

Although authorities in the Western Balkans are not punished for corruption, conference participants stressed that the work of investigative journalists is vital, but that journalists on the ground face many dangers and obstructions.

„They put us in the opposition sector, say that we are their political opponents. However, I think that things are changing. That the authorities also understood that these people were working in several newsrooms in Serbia in a fair, fairway, to do their job properly,“ said Slobodan Georgiev, Chief Editor of BIRN – Balkan Research Network in Serbia.

The editor of BIRN in Kosovo, Jeta Jara, stressed that it took ten years for a journalist to persuade viewers to trust their stories more than the political narratives marketed by the authorities

„My team and I were attacked in 2009 while doing our jobs. Later, the situation was such that there were no prohibited questions, we continued to detect abuses of authorities, the government did not attack us, but continued to act the same“, Jara said.

Jovana Marović, Executive Director of the Politikon from Montenegro and member of BiEPAG, pointed out that the main problem in her country are politicized institutions that do not respond to media allegations of corruption.

„The Anti-Corruption Agency does not check such allegations, and it should, it is in its job description. And since there are no checks, there is no information that should be forwarded to the prosecution, and the prosecution selectively pursues justice in the sense that it only processes cases that have to be shown, for example, to the international community that the prosecution is doing something“, Marović warned.

British and US experts noted that the international community in the Balkan countries often supports stability at the expense of democratization, not only because of the stronger influence of China and Russia in the region, but also because of instability in the West, and even in the United States.

„Anti-liberalism, populism and the misuse of public resources for private purposes are on the rise, all of which are becoming part of the political everyday life in the United States,“ explained Harriman Institute Director Alexander Kuli.

China and Russia have influence in the Balkans, but it is not a dominant problem Tena Prelec, Research Fellow at the Oxford University and BiEPAG member pointed out.

„We found that corrupt capital came mainly from non-Western countries. But sometimes, so are Western investments. And what does that tell us? That before we consider where the foreign influence comes from, we must pay attention to the situation on the ground. It is much more important to strengthen the rule of law, to go from the bottom up“, Prelec told.

Participants of the conference concluded that to solve the problems in the Western Balkans it is very important for the West to continue its support to the independent media and civil society.

Source: Voice of America and the European Western Balkans

Read the info about conference at the Deutsche Welle